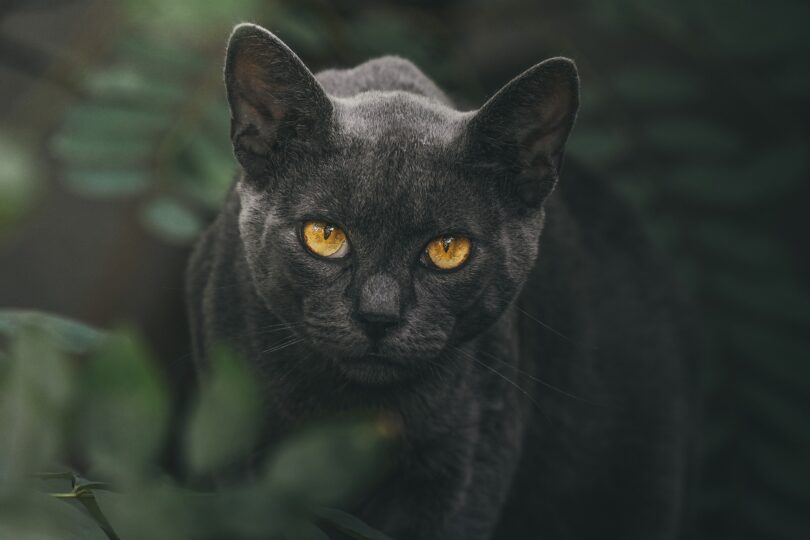 Black cats have always been shrouded in a magical mystery. There are many signs and beliefs associated with them. In this article we will look at the breeds of black cats with a truly magical shade.

The black fur coat of a long-haired animal beautifully shimmers with shades of a crow’s wing. The eyes are either copper or red.

This breed has a peculiarity – the black color fades a little in the sun. Therefore, if you are growing a winner of contests, do not let her bask in direct rays.

The Persian cat can be recognized by its nose – it is short, the tip is on the line of the lower eyelids. The muzzle at the same time seems flattened. Long fluffy hair needs to be combed up to several times a day.

This breed of black cats spends their whole life next to a person. Persians are trusting, loyal and can not stand loneliness.

The black Persian cat needs to be bathed several times a month. There are special shade shampoos for them.

The cost of a Persian cat kitten starts from about $ 100.

Of all the representatives of the largest breed of domestic cats, black color is considered the most valuable. Dark giants differ from their fellows by their docile disposition and mystical luxury of black wool.

The color of the Maine Coon can be solid black, or it can be tabby – with a patterned play of shades.

Maine Coons are quite docile cats, but they love independence. Do not anger your pet – this predator, thanks to its size, can stand up for itself.

Black cats of this breed feel best in a private house – they need space for physical activity. They will simply destroy the city apartment.

Elegant cats with ebony-colored fur. From shades of black, patterns can appear on their fur coat – tabby, speckled, tiger and others.

The appearance of this oriental beauty is very exotic. A short-haired cat with an elongated body and long thin paws. On the elongated muzzle, huge slanted eyes are set close together.

The grace of the panther, especially noticeable in the photo, would suit an unflappable character. But no, these creatures are real hooligans. They are very loud and require constant attention. Play, play and play. Orientals are in constant motion.

These unusual black cat breed loves all people who are ready to play with it. But an oriental may dislike a particular person and start to mess with him vindictively.

Myths and omens about black cats