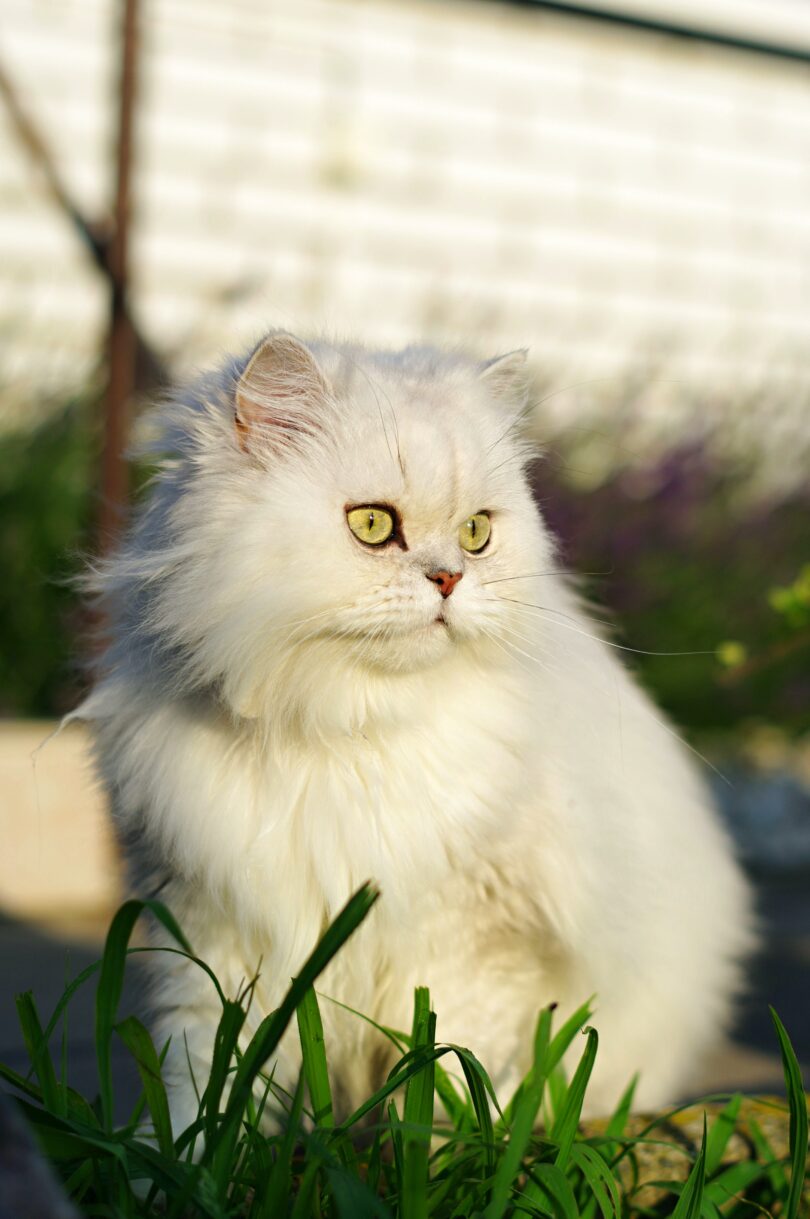 The long–haired cat is a sensation! It was presented to pampered Europe in the 16th century by the aristocrat Pietro della Valle. A famous traveler took a couple of long-haired beauties from Persia and presented them to the Pope. The Supreme Pontiff was the first to fall under the Persian charm, and the rest of the Italians fell after him, and then the French.
Historically, oriental beauties immediately fell under the patronage of noble persons. And if in Italy long-haired breeds of cats conquered the Pope, then in France they lived at the court of Cardinal Richelieu. Oh, how many small and big secrets of the world behind the scenes have been seen by cats with long hair! But the breeds of cats with long hair do not differ in talkativeness and the domestic aristocrat remains a reliable keeper of secrets.

At the same time, many note that long-haired cats are much more affectionate than their short-haired friends. They are literally created for an apartment or a house, but in their affections, nevertheless, they give the first place to people. For children, and for adults, long–haired cats are ideal companions!

We will tell about the main long-haired representatives in this material.

In our open spaces, this luxurious cat appeared around 1980. These long-haired cats were brought to the USSR by diplomats and for a decade and a half were, perhaps, the main representatives of the feline world from the rank of “exotic”. Yes, a “baby” muzzle and a cloud of magic wool could not help but fall in love with the world community. Years later, we can say that breeders have done a lot to improve the appearance of the Persians.

Today, Persians can be painted in a hundred (!) different colors. Gray, white, black, red, purple Persian is no longer surprising, the main thing is that the wool itself is thick, long, thin silky structure.

This “domesticated lynx” was bred by Russian breeders relatively recently – only in the 95th year of the last century the standard of this breed was adopted. There are two types of short-tailed Kuril cats. One variation belongs to the breed of semi–long-haired cats, and the other – to short-haired.

Representatives of this breed are not large animals, the main visual advantage of which is a short tail–pompom, the maximum length of which is 13 cm.

Not a single photo of a Maine Coon conveys its… globality. They are not just cats, they are very big cats. The total length of the cat, from the nose lobe to the tip of the tail, can reach 135 cm, and the height at the withers is 45 cm! And the most interesting thing is that this breed has not been touched by the technology of breeders – Maine Coons are absolutely aboriginal cats living in the state of Maine, in North America. Harsh winters gave birth to a harsh cat. But the severity of Maine Coons is only external and fans of the breed know it well.

No one knows the history of the appearance of this breed for sure, it is assumed that it was bred by Russian breeders. The Neva beauty is distinguished by a colorful coat color and bright blue eyes. And she got the name for her masquerade outfit – a mask and gloves. Madam, are you really going to the ball?

Who do you think accompanied the Scandinavian Thor in his adventures? You’re right, cat! She did not depart from Freya and therefore often turned out to be the heroine of myths and legends of the northern peoples. However, no one took her for a thoroughbred, although the famous naturalist Frinks was interested in Norwegian back in 1599. Well-deserved fame overtook the Norwegian forest cat in 1938. But the Norwegian forest cat did not get sick with the star disease. I just adjusted my crown and continued to live my life.

The sacred cat of Burma combines the aesthetics of a Persian, the grace of a Siamese and its own charm. The latter consists of symmetrical spots on the skin, snow-white gloves and a special silkiness of the wool. Connoisseurs believe that this breed can be called a masterpiece of breeding work! By the way, according to legend, a fur coat, sapphire eyes and gloves are signs of the sanctity of this cat, so give Burma her food with all respect!

The origin of the Siberian is shrouded in darkness. It is unlikely that a Siberian cat of Russian origin, as many believe. Most likely, the ancestors of the Siberian cat are wild cats of the Trans–Urals. This breed belongs, rather, to the semi-long-haired. The wool feels quite stiff, but, surprisingly, it practically does not cause allergies to anyone.

This cat is active like no other. Lying on the couch? Purr on your knees? These are not our methods! On board! There are so many interesting and unconquered things in a human dwelling that a Somali woman simply cannot sit still. Somalia originates from Abyssinian cats and its main wealth is a luxurious tail, collar and pants.

But not all breeds of long-haired cats are as trouble-free as Turkish vans. Most fuzzies require the most careful care. Experts recommend to accustom kittens to such care from the first days of their appearance in your apartment.

All of the above is a mandatory minimum designed to facilitate pet care.

How to comb a long-haired cat:

Remember that fiber, fresh herbs and special feeds will help your long-haired pet to remove the wool that has got into the stomach.

It is said that Leonardo da Vinci once admitted: “Even the smallest of cats is perfection.” And long–haired cats are fluffy perfection!